One of the musical groups I have come to love over the past few years is the Avett Brothers.  The initial song that drew me to them is a song entitled No Hard Feelings.  It speaks of the end of a life and a desire to resolve all outstanding issues.  It makes suppositions about the afterlife, but ends with this declaration:

I usually picture a dying person uttering their final words as I listen to the song.  In my daily life, I often come to the end of a day realizing I have made a new enemy that day.  Sometimes, it is my fault, sometimes it is theirs, but I end the day with a deficit none-the-less.  Most of us long for what the Avett Brothers proclaim.  Is it possible to end my life with no regrets, no hard feelings and absolutely no enemies?

A few days ago, I was listening to the Can I Say This at Church podcast.  Gabrielle Earnshaw was quoting Henri Nouwen when she said:

“God has no enemies.”

Instantly, my breathing changed, my mind began to spin and I pondered pulling my car over to think about this a little more.  I couldn’t get away from the thought all day.  Surely God has enemies!  Right?  After all, how could we justify any war if God wasn’t on our side and against them?  As I often do, I posted on Facebook where I got all kinds of responses.  There are a few places in the Bible that might lead us down that path of believing that there are enemies of God, but most of the references are to our side of the equation.  Literally, the New Testament word for enemies usually means “hostility” and that certainly describes our temperament towards God.  Just like my children who were often hostile in their rebellion, we could certainly make a case for our failures, but I don’t think that in any way signifies God’s complicity in the battle.

As I often do, I went back to my relationship with my children for clarity.  There were times when they were certainly hostile toward me.  They were known to utter the familiar phrases such as, “I hate you–you are ruining my life–you are the worst dad ever.”  Maybe it was in the movies, but I have also heard things like, “I wish you would just go way,” and other morbid thought like that.  I now know more about why these things happen, but at the time, battle lines were drawn and I was definitely the enemy  in their eyes and sometimes they were the enemy in mine.

But, maturity eventually won out for both of us.  When I learned and grew, I was able to look a little further down the road and see them with a purer love.  They also matured and we realized we were on the same team…eventually!

But, let’s get back to God.  I want to believe that God’s love was always mature, but I also want him to have enemies because I like to be mad at someone.  If we could just divide all the people into kids God prefers and those he would rather get rid of  this would be a lot easier.  Unfortunately, those people that I want him to hate are also his children and he loves them too.  I want to get mad at him and say, “I hate you–you are worst parent ever–you are ruining my life!”  But, the growing realization for me has been that God does not have hard feelings–there is no partiality with God–He has NO enemies.

Lately, I am content to chant the closing lines from the Avett Brothers song.  I say it quietly to myself when I’m struggling.  It’s a song of worship about my God because He literally has no enemies, no debts and no hard feelings.  For me, it’s a song of intention.  I want my life to become more like this.  I don’t want to have debts of regret and hatred at the end of the day.  I want to live my life with no hard feelings and say at the end of the day:

Best wishes to you, 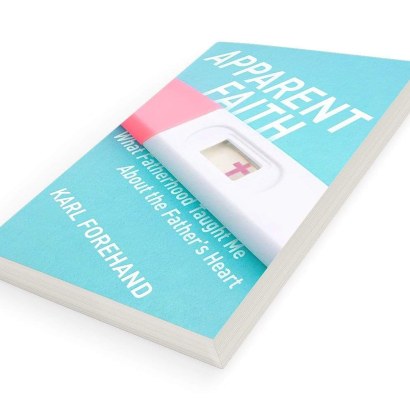 Support us on Patreon!

Here is the link if you want to help.

If you cannot help, I appreciate your love and support.